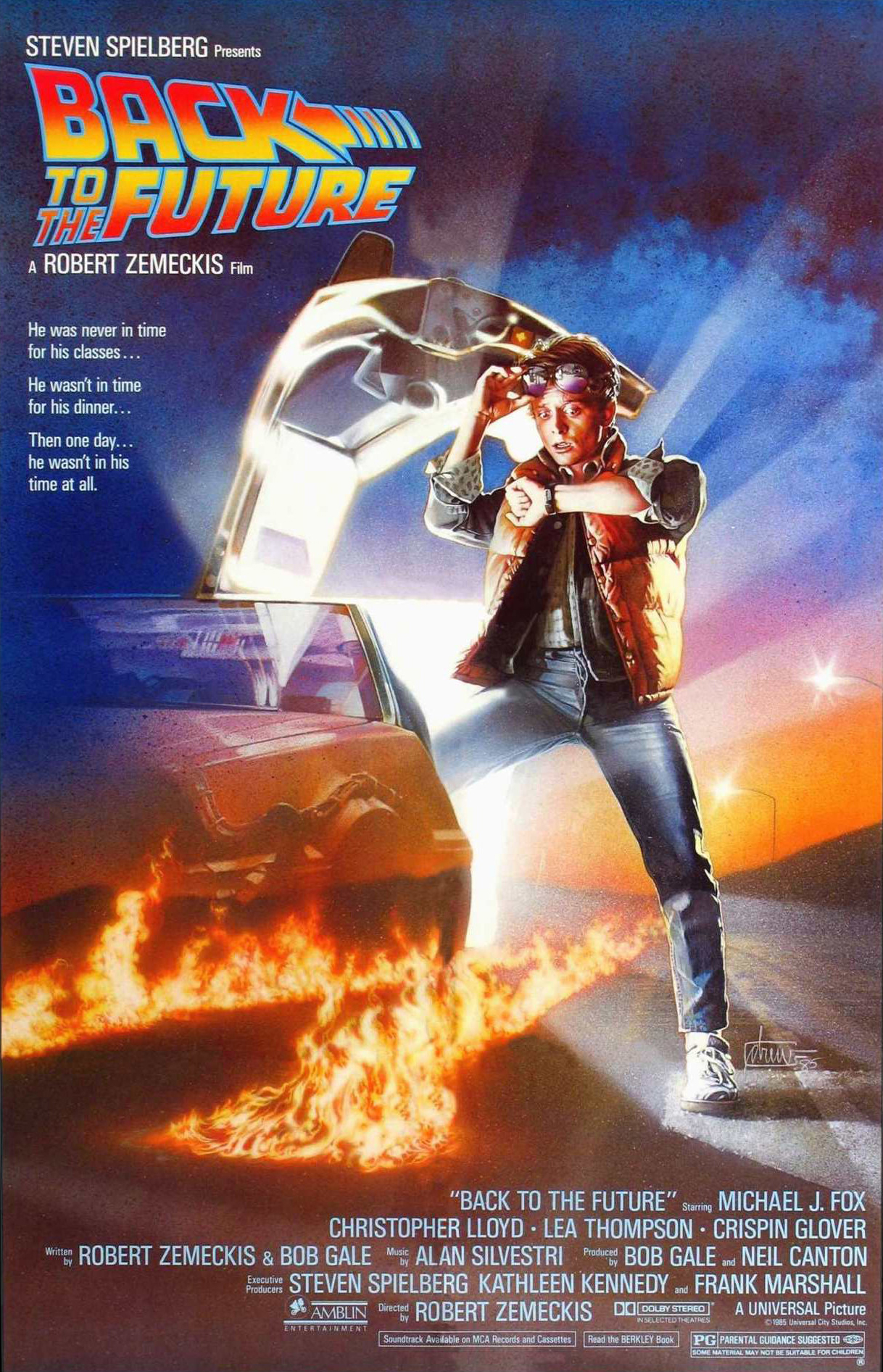 BACK TO THE FUTURE

Contemporary high schooler Marty McFly (Michael J. Fox) doesn’t have the most pleasant of lives. Browbeaten by his principal at school, Marty must also endure the acrimonious relationship between his nerdy father (Crispin Glover) and his lovely mother (Lea Thompson), who in turn suffer the bullying of middle-aged jerk Biff (Thomas F. Wilson), Marty’s dad’s supervisor. The one balm in Marty’s life is his friendship with eccentric scientist Doc (Christopher Lloyd), who at present is working on a time machine. Accidentally zapped back into the 1950s, Marty inadvertently interferes with the budding romance of his now-teenaged parents. Our hero must now reunite his parents-to-be, lest he ceases to exist in the 1980s. It won’t be easy, especially with the loutish Biff, now also a teenager, complicating matters. Beyond its dazzling special effects, the best element of Back to the Future is the performance of Michael J. Fox, who finds himself in the quagmire of surviving the white-bread 1950s with a hip 1980s mindset. Back to the Future cemented the box-office bankability of both Fox and the film’s director, Robert Zemeckis, who went on to helm two equally exhilarating sequels. ~ Hal Erickson, Rovi