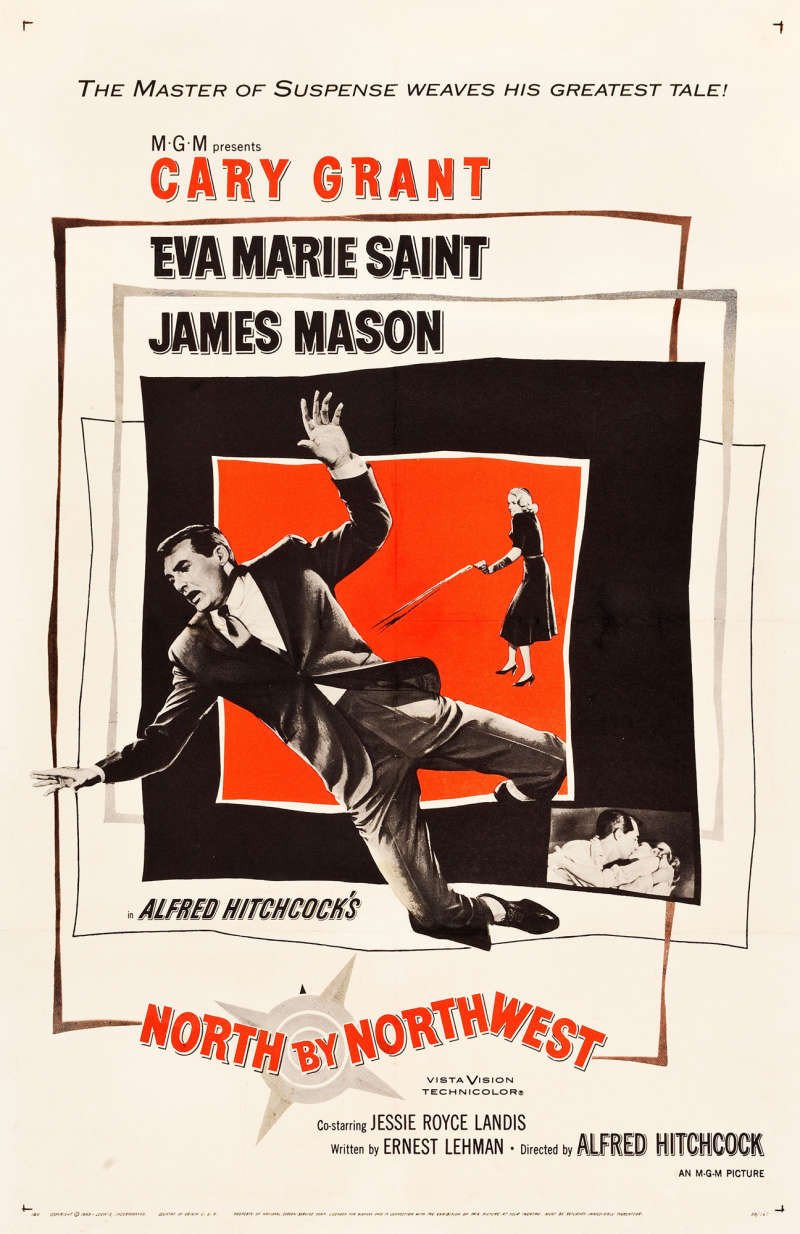 Join film producer, and chair of The Westdale Cinema Group, Fred Fuchs for a Film Talk after the Sunday, September 20 at 7:00 pm screening of North by Northwest.  Fred will share his insight as a Hollywood film producer and answer your questions about the film.  The film talk is included in the price of admission

The Thursday, September 24 screening is mask mandatory. The concession stand will be closed and there will be no food and drink, so masks must stay on during your entire visit.

Madison Avenue advertising man Roger Thornhill finds himself thrust into the world of spies when he is mistaken for a man by the name of George Kaplan. Foreign spy Philip Vandamm and his henchman Leonard try to eliminate him but when Thornhill tries to make sense of the case, he is framed for murder. Now on the run from the police, he manages to board the 20th Century Limited bound for Chicago where he meets a beautiful blond, Eve Kendall, who helps him to evade the authorities. His world is turned upside down yet again when he learns that Eve isn’t the innocent bystander he thought she was. Not all is as it seems however, leading to a dramatic rescue and escape at the top of Mt. Rushmore.