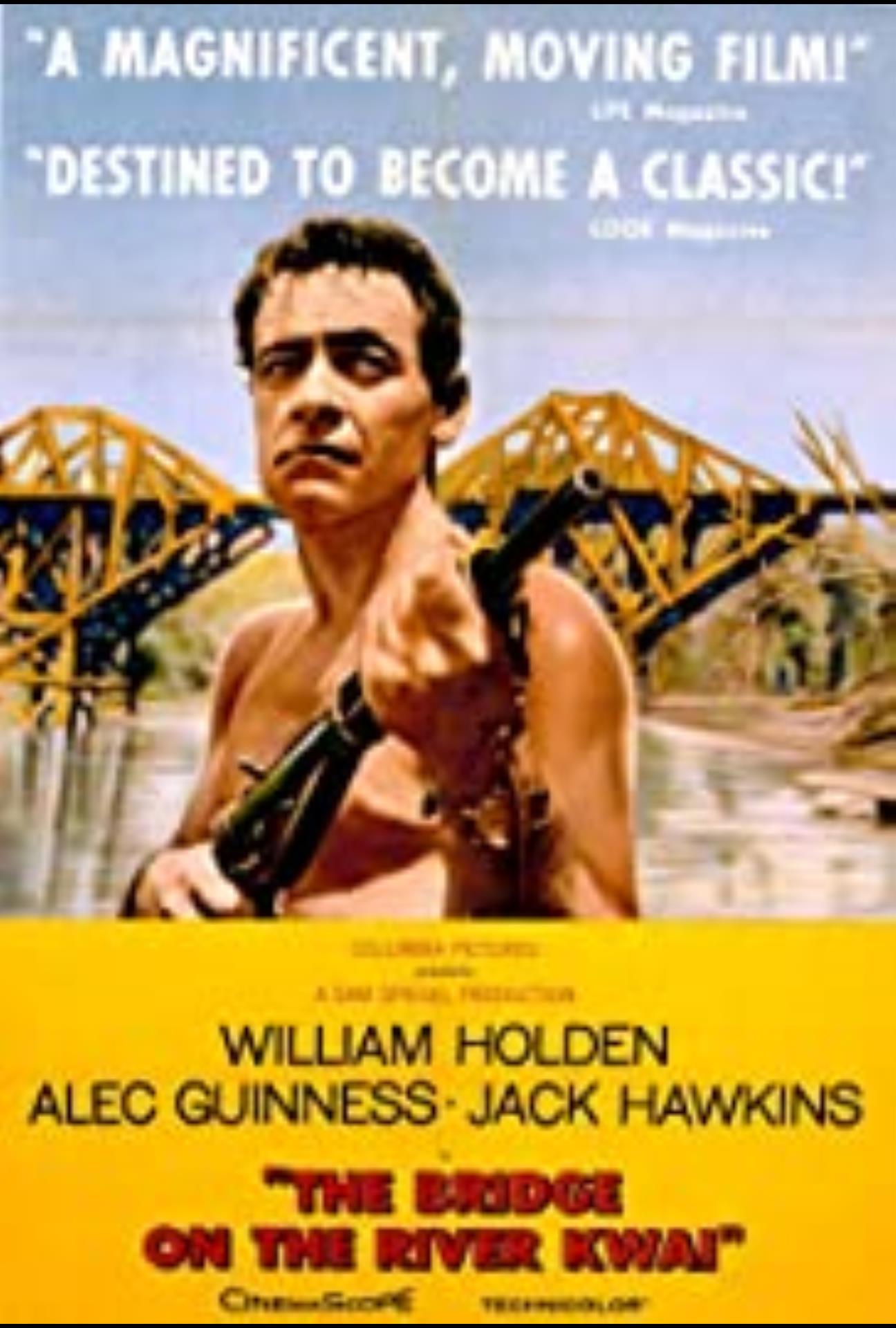 The Bridge On The River Kwai

During WW II, allied POWs in a Japanese internment camp are ordered to build a bridge to accommodate the Burma-Siam railway. Their instinct is to sabotage the bridge, but under the leadership of Colonel Nicholson they’re persuaded the bridge should be built to help morale, spirit. At first, the prisoners admire Nicholson when he bravely endures torture rather than compromise his principles for the benefit of Japanese Commandant Colonel Saito, but soon they realise it’s a monument to Nicholson, himself, as well as a form of collaboration with the enemy.