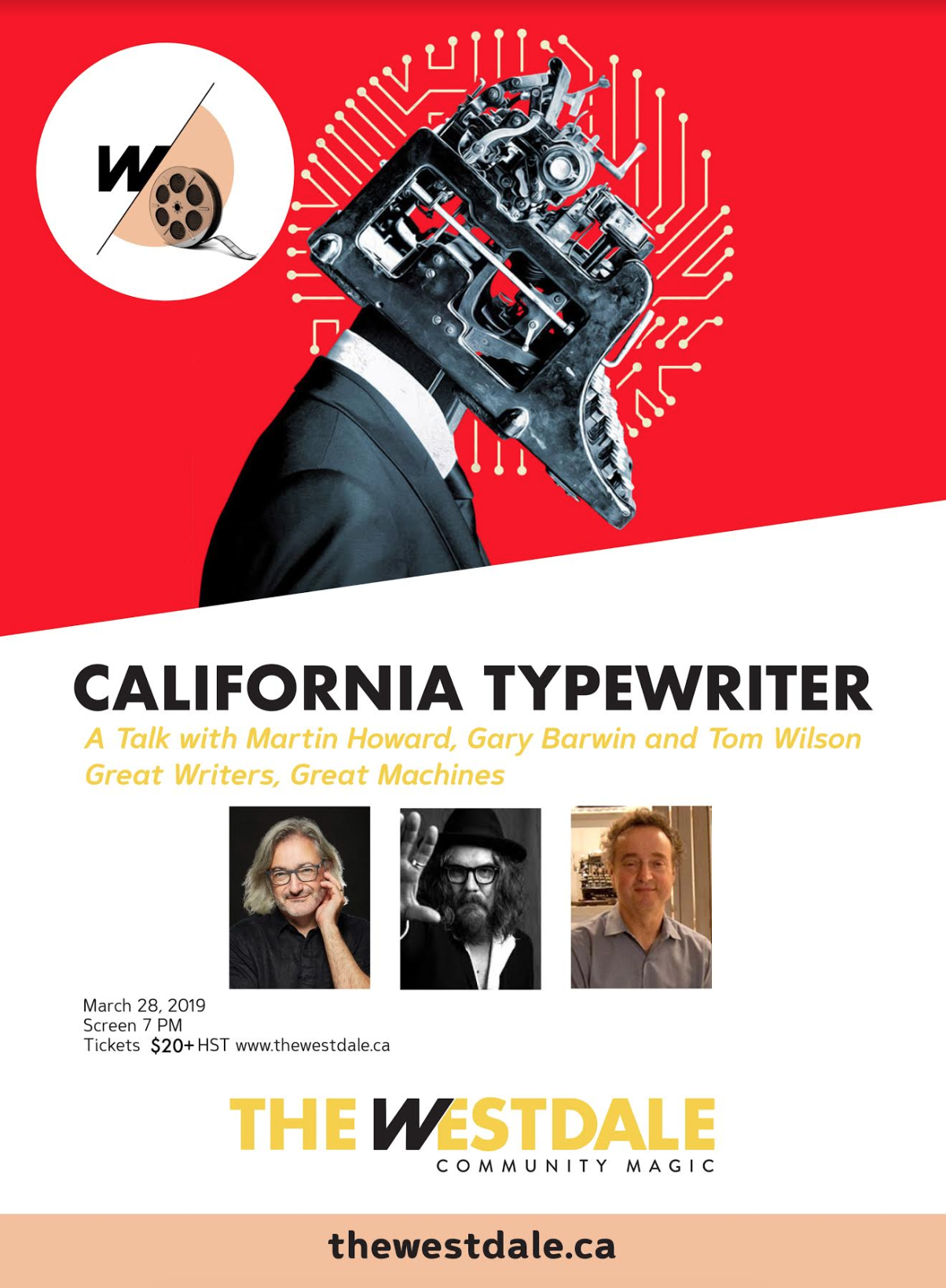 CALIFORNIA TYPEWRITER is a documentary portrait of artists, writers, and collectors who remain steadfastly loyal to the typewriter as a tool and muse, featuring Tom Hanks, John Mayer, David McCullough, Sam Shepard, and others.

It also movingly documents the struggles of California Typewriter, one of the last standing repair shops in America dedicated to keeping the aging machines clicking.

In the process, the film delivers a thought-provoking meditation on the changing dynamic between humans and machines, and encourages us to consider our own relationship with technology, old and new, as the digital age’s emphasis on speed and convenience redefines who’s serving whom, human or machine?

Tom Wilson was raised in the rough-and-tumble world of Hamilton—Steeltown— in the company of World War II vets, factory workers, fall-guy wrestlers and the deeply guarded secrets kept by his parents, Bunny and George. For decades Tom carved out a life for himself in shadows. He built an international music career and became a father, he battled demons and addiction, and he waited, hoping for the lies to cease and the truth to emerge. It would. And when it did, it would sweep up the St. Lawrence River to the Mohawk reserves of Quebec, on to the heights of the Manhattan skyline.

With a rare gift for storytelling and an astonishing story to tell, Tom writes with unflinching honesty and extraordinary compassion about his search for the truth. It’s a story about scars, about the ones that hurt us, and the ones that make us who we are.

Gary Barwin is a writer, composer, and multidisciplinary artist and the author of twenty-one books of poetry, fiction, and books for children. His latest book is the poetry collection No TV for Woodpeckers (Wolsak & Wynn). His recent national bestselling novel Yiddish for Pirates (Random House Canada) won the Stephen Leacock Medal for Humour as well as the Canadian Jewish Literary Award (FIction) and the Hamilton Literary Award (Fiction). It was also a finalist for both the Governor General’s Award for Fiction and the Scotiabank Giller Prize. His interactive writing installation using old typewriters and guitar processors was featured during 2016-2017 at the Art Gallery of Hamilton. Forthcoming books include A Cemetery for Holes, a poetry collaboration with Tom Prime (Gordon Hill Press, 2019) and For It is a Pleasure and a Surprise to Breathe: New and Selected Poems, ed. Alessandro Porco (Wolsak and Wynn, 2019.)

While novels typically line rows of bookshelves in people’s homes, for the last three decades a Toronto man has filled his shelves with examples of an age-old machine that helped bring so many books to life — the typewriter.

Martin Howard has been collecting vintage typewriters built in the 1880s and 1890s for 30 years. He owns about 80 machines, which he describes as the “wild west of typewriters” because they were designed when typing was still in its infancy.