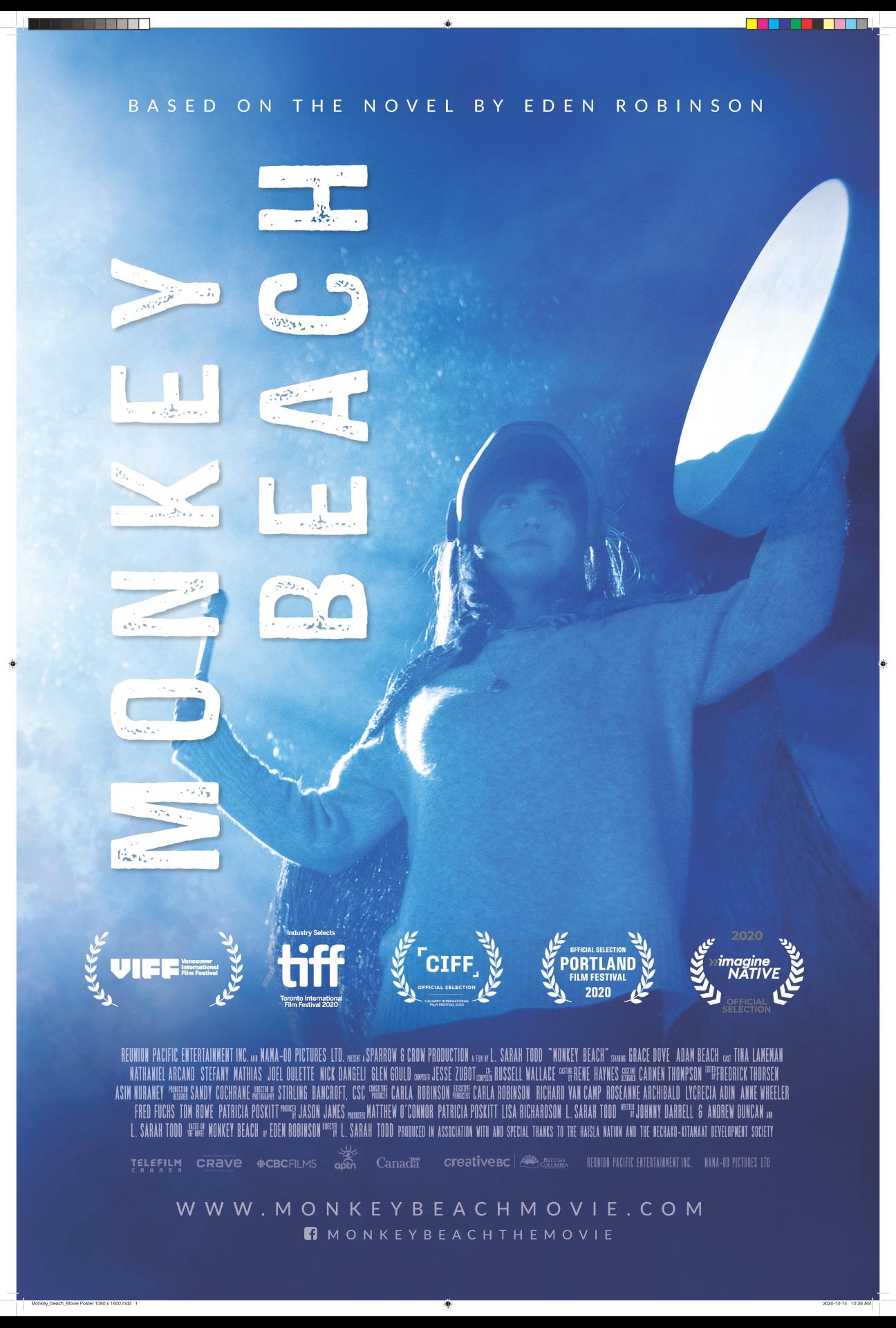 EXCLUSIVE TO THE WESTDALE!

Carla Robinson is a member of the Haisla and Heiltsuk First Nations.

As a screenwriter and producer Carla draws on her experience as a television broadcaster with CBC-TV, a print journalist, and an entrepreneur.

Carla is a producer and creative consultant on adaptations based on her sister Eden Robinson’s books; The Trickster TV series seasons 1 & 2, and an executive producer on the 2020 feature film Monkey Beach.

In 2017 / 2018 she wrote and co-produced her first short The Guide through Sheridan College’s Advanced Film and Television program which screened at the Hamilton Film Festival among other festivals.

Carla also earned an Honours degree in mass communications from Carleton University and has a Master’s degree in Journalism from the University of Western Ontario.

Monkey Beach is a supernatural mystery. Layering tragedy, humor and redemption, it tells the story of Lisa, a rebellious young woman who must accept her true heroic nature in order to save Jimmy, her brother who is lost at sea. Monkey Beach is set in the magnificent forests and waterways of the Pacific Northwest and the Haisla village of Kitamaat. Haisla cultural stories are woven into the contemporary lives of Lisa and her family, along with a cast of otherworldly characters including ghosts and Sasquatches – the ‘monkeys’ of Monkey Beach.