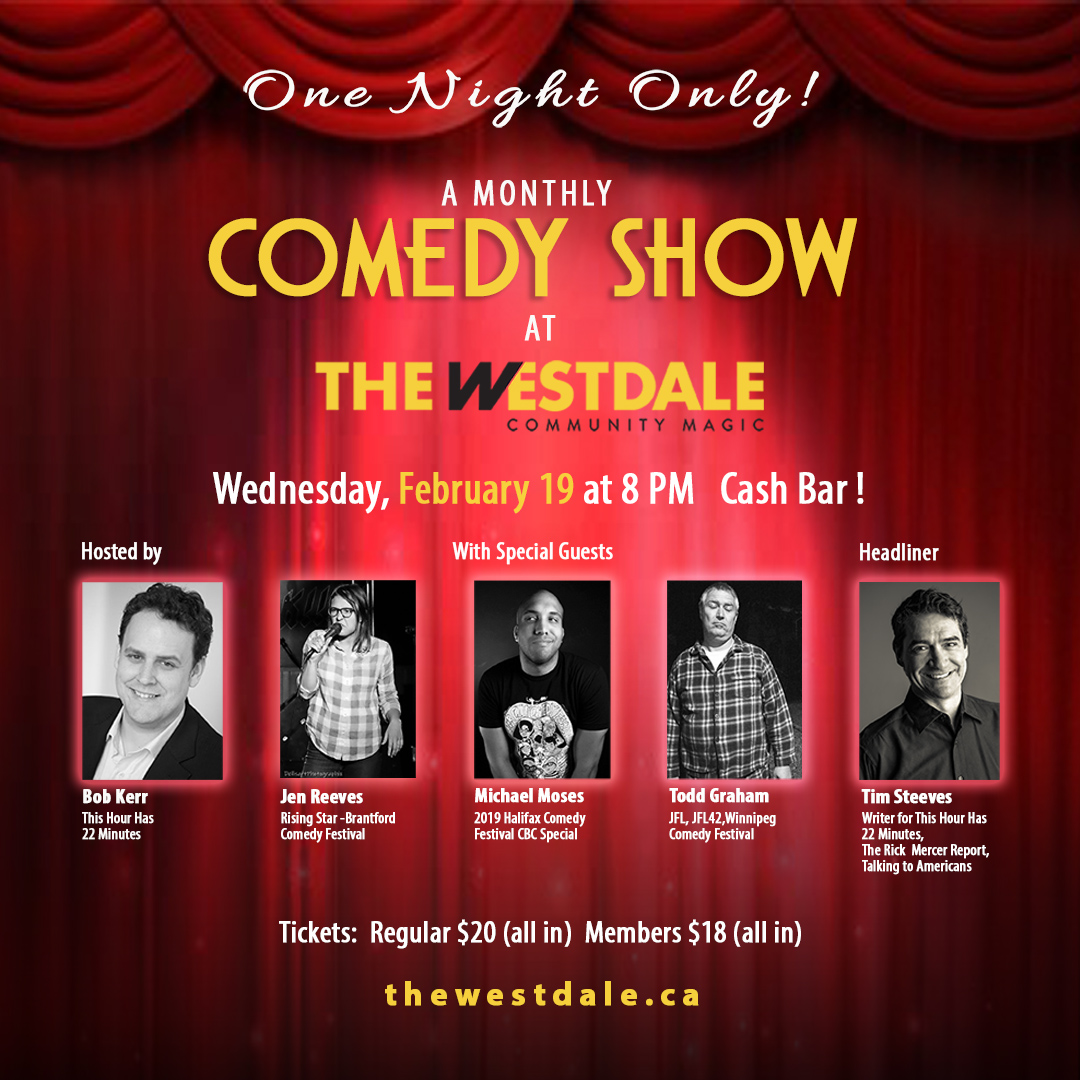 One Night Only | A Monthly Comedy Show at The Westdale

Join host Bob Kerr for a hilarious night of stand up comedy at The Westdale! 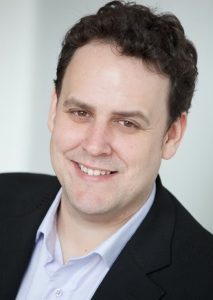 Bob Kerr has written and performed for hit television comedy shows such as This Hour Has 22 Minutes, Winnipeg Comedy Festival, Comedy Inc., The Nikki Payne Funtime Show, Hotbox, and Satisfaction to name a few. Recently, he co-created a web series entitled “But I’m Chris Jericho”, of which he won a Canadian Comedy Award for Best Writing In A Web Series for his script, “Acting Class.” Bob has also won a Canadian Screen Award and a Canadian Comedy Award for Best Writing in a Variety or Sketch Comedy Program or Series for his work on This Hour Has 22 Minutes. Bob is the only one in his friend circle that still watches Survivor. 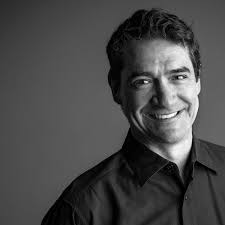 Tim Steeves is an award-winning stand-up comedian and writer. He has written for This Hour Has 22 Minutes, The Rick Mercer Report and helped create the Canadian TV comedy special Talking to Americans. Tim has shared in wins for three Gemini Awards for “Best Writing in a Comedy Series” and has a Gemini nomination for “Best Performance in a Comedy Series”. He also shared in wins for the Canadian Comedy Awards and the Writers Guild of Canada Awards.  Tim was co-star of the CBC Television sketch show The Bette Show and host of Global’s Game On. Tim has headlined internationally at clubs and theaters, including the Montreal International Comedy Festival, “Just for Laughs”. He has also had his own Comedy Now! special. 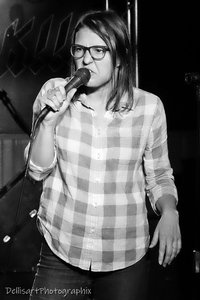 Jen Reeves is a Hamilton writer and stand-up who is fashionably sensitive, but too cool to care. She describes her comedy as “I don’t know, fine. Why?” Jen was featured in the Garden City Comedy Festival and was selected as a Rising Star in the Brantford Comedy Festival. When she’s not plagiarizing Jewel lyrics to sound interesting, Jen is working and raising her children to be more like Beyonce. 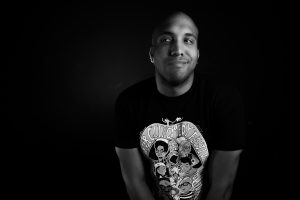 Michael Moses is a comedian out of Niagara Falls, Ontario. He just moved in with his girlfriend, making moves in his personal life as well as his comedy career. He has performed at Massey Hall for NYE  and at the 2019 Halifax Comedy Festival, where his set was taped for the CBC. A frequent traveler to America he as performed at 7 American comedy festivals. This isn’t a bio, it’s a letter to his girlfriend say he will get her money for the mortgage soon; comedy may just pan out for him. 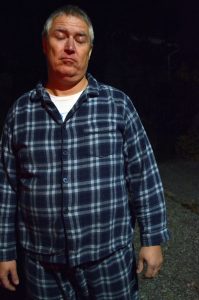 Todd Graham has performed at some impressive clubs* and festivals** over the years. He’s opened for several pretty famous comedians*** and has even been on the radio**** & television*****  a few times. Still we think it would be for the best if you all come see him in person and then maybe let things progress naturally from there.