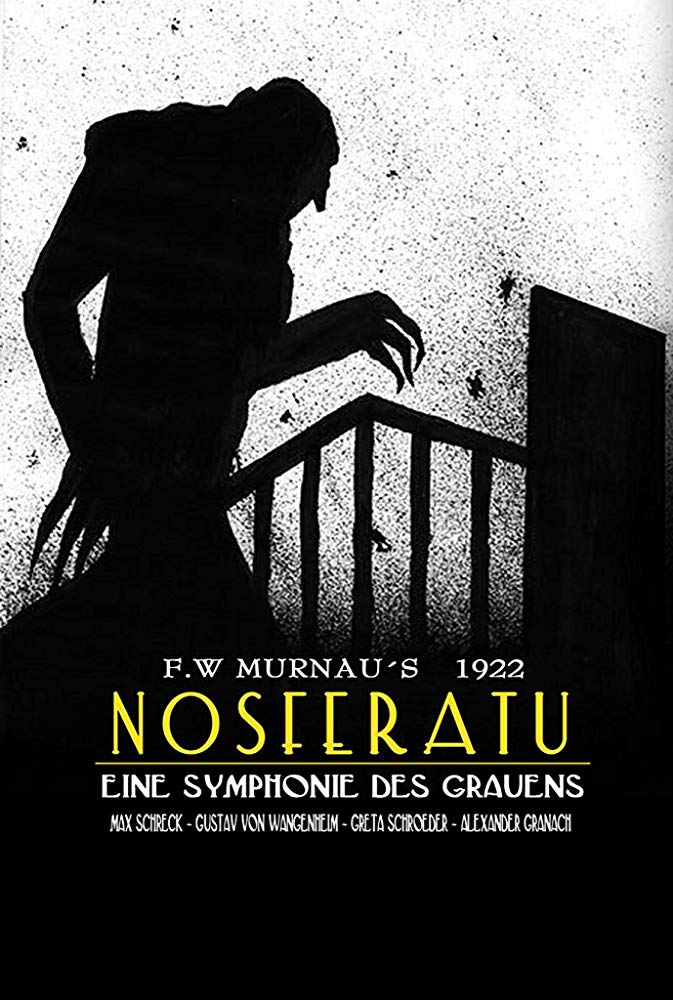 Wisbourg, Germany based estate agent Knock dispatches his associate, Hutter, to Count Orlok’s castle in Transylvania as the Count wants to purchase an isolated house in Wisbourg. They plan on selling him the one across the way from Hutter’s own home. Hutter leaves his innocent wife, Ellen, with some friends while he is away. Hutter’s trek is an unusual one, with many locals not wanting to take him near the castle where strange events have been occurring. Once at the castle, Hutter does manage to sell the Count the house, but he also notices and feels unusual occurrences, primarily feeling like there is a dark shadow hanging over him, even in the daytime when the Count is unusually asleep. Hutter eventually sees the Count’s sleeping chamber in a crypt, and based on a book he has recently read, believes the Count is really a vampire or Nosferatu.