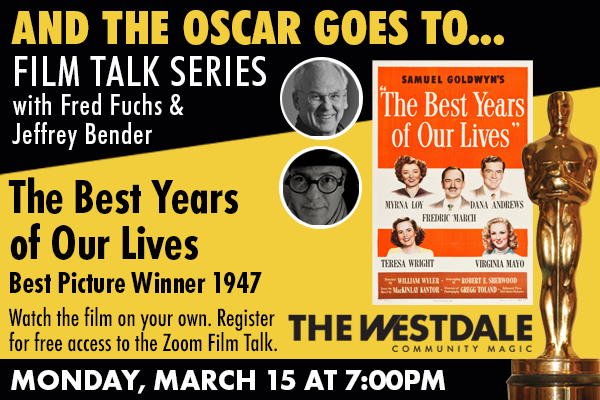 Fred, Al and Homer are three World War II veterans facing difficulties as they re-enter civilian life. Fred (Dana Andrews) is a war hero who, unable to compete with more highly skilled workers, has to return to his low-wage soda jerk job. Bank executive Al (Fredric March) gets into trouble for offering favorable loans to veterans. After losing both hands in the war, Homer (Harold Russell) returns to his loving fiancée, but must struggle to adjust.   Directed by William Wyler.

Watch THE BEST YEARS OF OUR LIVES (1946) on your own and then join Fred Fuchs and Jeffrey Bender to delve into the production, artists, and story of the film.