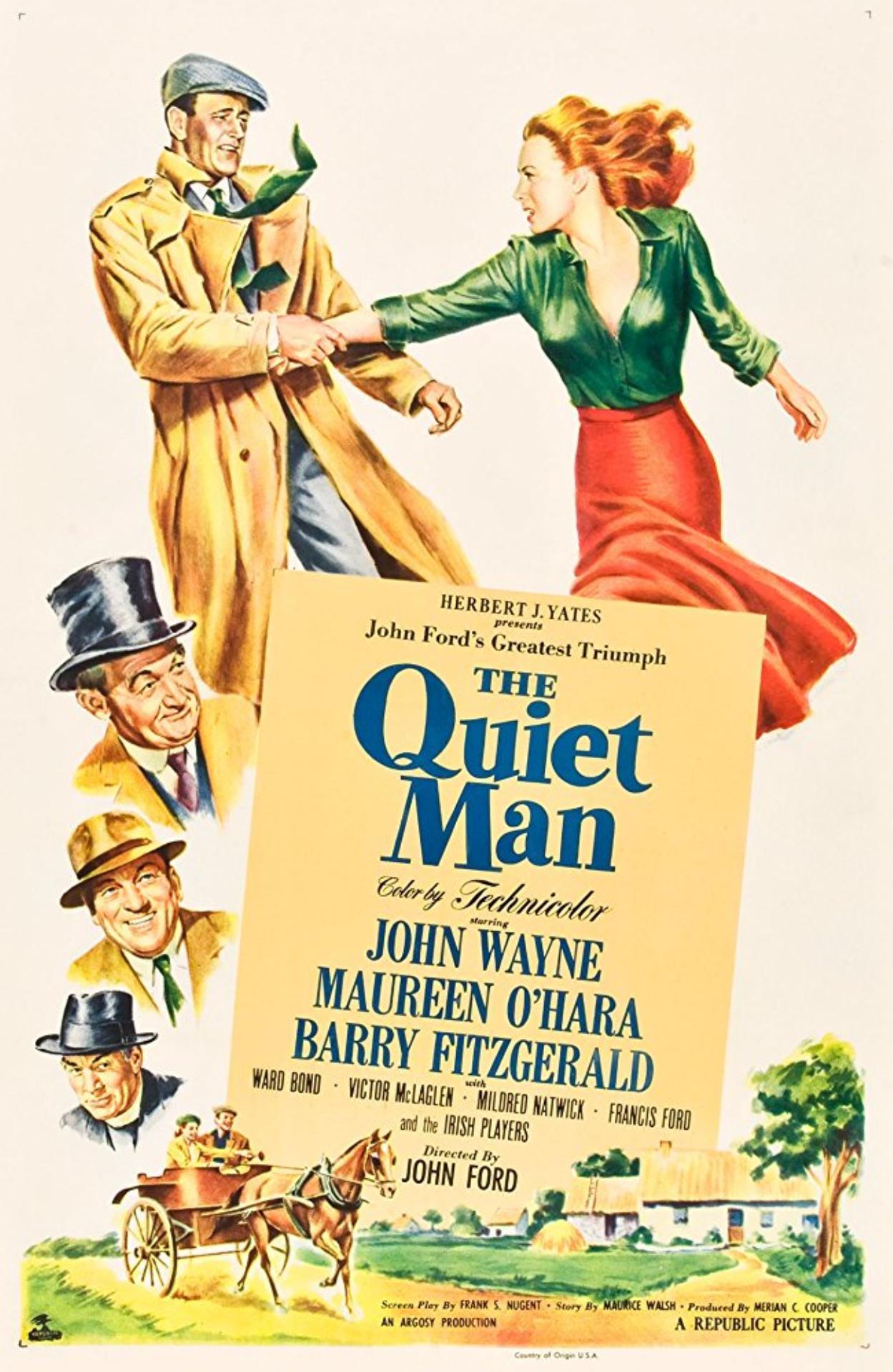 Join film producer, and chair of The Westdale Cinema Group, Fred Fuchs for a Film Talk after the Sunday, October 18 at 7:00 pm screening of A Quiet Man.  Fred will share his insight as a Hollywood film producer and answer your questions about the film.  The film talk is included in the price of admission.

The screening on Friday, October 16 is mask mandatory at all times. No food or drink will be served.

Sean Thornton has returned from America to reclaim his homestead and escape his past. Sean’s eye is caught by Mary Kate Danaher, a beautiful but poor maiden, and younger sister of ill-tempered “Red” Will Danaher. The riotous relationship that forms between Sean and Mary Kate, punctuated by Will’s pugnacious attempts to keep them apart, form the main plot, with Sean’s past as the dark undercurrent.