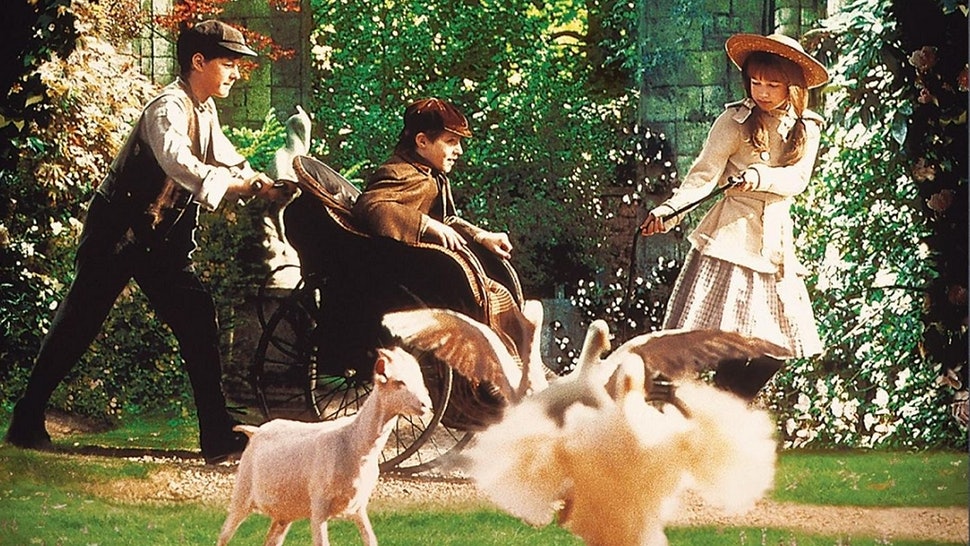 A young, recently-orphaned girl is sent to England after living in India all her life. Once there, she begins to explore her new, seemingly-isolated surroundings — and its secrets.

The film’s producer: Fred Fuchs will be in attendance for a Q&A following the film.

Featuring the songs of ABBA and based on the world’s number one musical comedy. Come sing along with Loralee McGuirl.

Set on a colorful Greek island, the plot serves as a background for a wealth of ABBA songs. A young woman Sophie (Amanda Seyfried) about to be married discovers through an old diary of her mother’s that any one of three men could be her father. She invites all three to the wedding without telling her mother, Donna (Meryl Streep), who was once the lead singer of Donna and the Dynamos, In the meantime, Donna has invited her backup singers, Rosie, and Tanya to the wedding. Joining up with an eclectic cast of characters and groovy ABBA sing-alongs as Sophie and Donna grow in love, family, and friendship.

About Loralee:
Juno nominated and multi award-winning vocalist, Loralee McGuirl grew up in Hamilton, Ontario. Loralee’s latest release, BIRDLAND, is a collection of classic jazz standards, RnB and Original tunes with internationally renowned flugelhorn and trumpeter Guido Basso, former Temptations saxophonist Bil Holinaty, celebrated pianist Bruce Tournay, drummer Chris Lammont, bassist Clark Johnston and the extraordinary world renowned Drew Jurecka who has played with Stevie Wonder. BIRDLAND hearkens back to a bygone era of after-hours music making in tucked-away jazz haunts.  Guido Basso names Loralee, “the new Ella Fitzgerald” and “the fantastic voice that can sing everything.” He also said, “I felt like Aretha Franklin was in the room when she was singing.”  Jeremy Darby, from Canterbury Music Co., claimed, “Loralee can sing anything and make it sound good!”  Lincoln M. Alexander chose Loralee to sing at many functions because he claimed, “Loralee’s the one who sings it right and gives me chills every time. She’s the only singer I know who can sing Opera one minute and then my favourite God Bless the Child the next.”

Fifteen-year-old Sarah resents her baby brother Toby and secretly wishes that he will just disappear. Her wish comes true when goblins kidnap the boy. Feeling responsible and guilty about his abduction, she sets forth to retrieve him and finds herself on the adventure of a lifetime. To rescue her brother, she must sneak into the castle of the Goblin King, which is in the center of a fantastical labyrinth. But, the task is easier said than done, for the maze is filled with strange creatures and mind-bending puzzles, and nothing is really as it seems.

The much-anticipated sequel to the critically acclaimed, global box office phenomenon that started it all, “The LEGO® Movie 2: The Second Part,” reunites the heroes of Bricksburg in an all-new action-packed adventure to save their beloved city. It’s been five years since everything was awesome and the citizens are facing a huge new threat: LEGO DUPLO® invaders from outer space, wrecking everything faster than they can rebuild.

The battle to defeat them and restore harmony to the LEGO universe will take Emmet, Lucy, Batman, and their friends to far away, unexplored worlds, including a strange galaxy where everything is a musical. It will test their courage, creativity and Master Building skills, and reveal just how special they really are.

Kermit and his new found friends trek across America to find success in Hollywood, but a frog-legs merchant is after Kermit.

Kermit is persuaded by agent Dom DeLuise to pursue a career in Hollywood. Along the way, Kermit picks up Fozzie Bear, Miss Piggy, Gonzo, and a motley crew of other Muppets with similar aspirations. Meanwhile, Kermit must elude the grasp of a frog-leg restaurant magnate.

Save the dates, mark your calendars or purchase your tickets online! We will be back next week with announcements and exciting news! Until then, see you at the movies! For additional information please visit us online at TheWestdale.ca or email us at info@thewestdale.ca